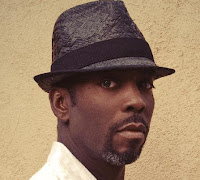 Although Tico is still acting, these days, he refers to himself as a HEALTH CRUSADER. And you know how Carla G. is always going on and on about maintaining healthy eating habits, as well as a healthy lifestyle. Well, guess what? Tico Wells joined Carla G. on the March 6th, 2011 broadcast of "I'm Just Sayin'...™ Take a listen!